Just last week, I boarded a plane and headed to Atlanta for a quick business trip.  I parked myself in seat 22A, peered out the window and searched for birds until takeoff.  No kidding – sometimes I spot treasures on those runways! Once airborne, I recalled a lovely birding adventure I’d had over two years ago. Inspired to share, I began writing.

Though I finished the blog mid-flight, I knew I’d have to wait to publish it until I returned home, where I could jazz it up with some photos… Well, I’m home now.  And, while the blog is posted, much has changed since that initial burst of airborne inspiration. You see, this unforgettable birding adventure I describe in my previous post, Flamingoes Over Tuscany, is based on an incredible reserve along the Tuscan coastline, renown for its pristine nature. 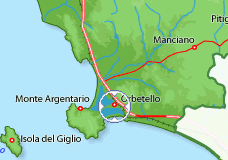 Map demonstrating the proximity of Giglio, Monte Argentario and Orbetello

If you have been exposed to any form of media at all in the past six days, then chances are that you are aware of the Costa Concordia cruise ship disaster and the human tragedy that has unfolded.  I, along with much of the world, have been following this event closely and praying for the safety of all passengers and crew… 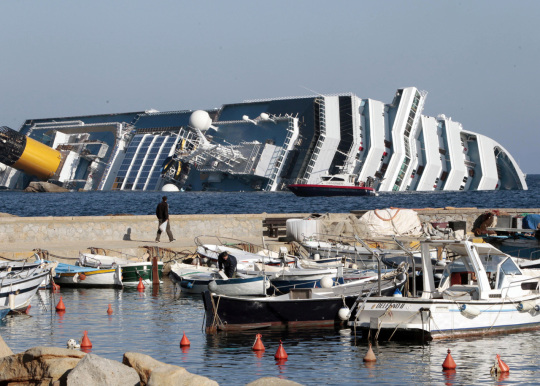 What has not yet drawn much coverage, however, is the real potential for an ecological nightmare along the Tuscan coastline and its remarkable nature reserves.  You see, at the moment, the Costa Concordia cruise ship lies in the midst of a marine wildlife park in front of the isle of Giglio. What’s more, Giglio (home to diversified species of migratory and nesting birds), a protected area in its own right, is a mere 16 km west of the Monte  rgentario peninsula and the rest of the vulnerable Tuscan coast facing the isle, which is home to a multitude of nature reserves. 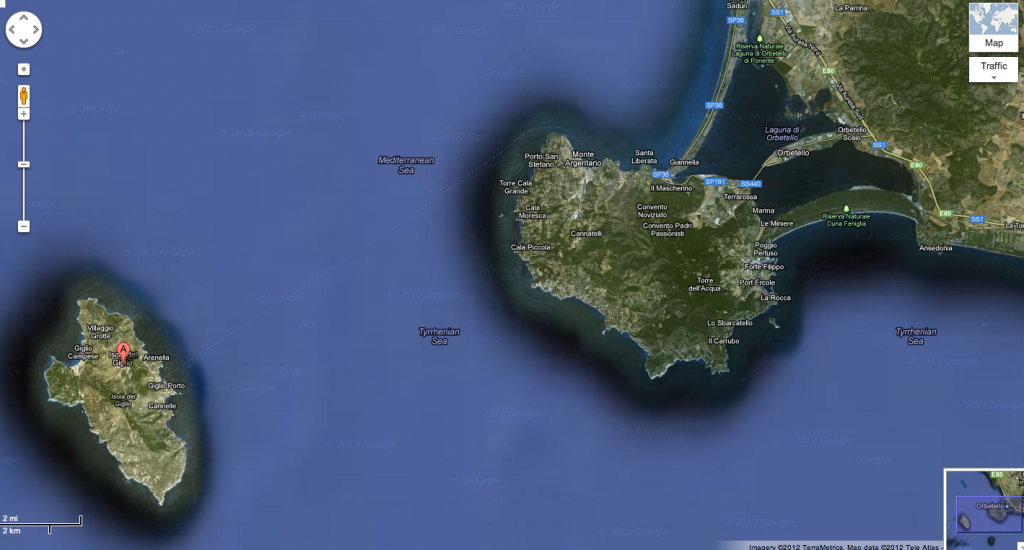 For a closer look, use Google Maps, – http://g.co/maps/rxcrq

In addition to the isle of Giglio, at stake are six surrounding islands belonging to the Tuscan Archipelago National Park, including Elba, Capraia, Giannutri, Gorgona, Pianosa and Montecristo; the Feniglia Nature Reserve; the Maremma National Park (home to migrating birds from all across Europe); and the birders’ paradise, known as the Orbetello Lagoon. 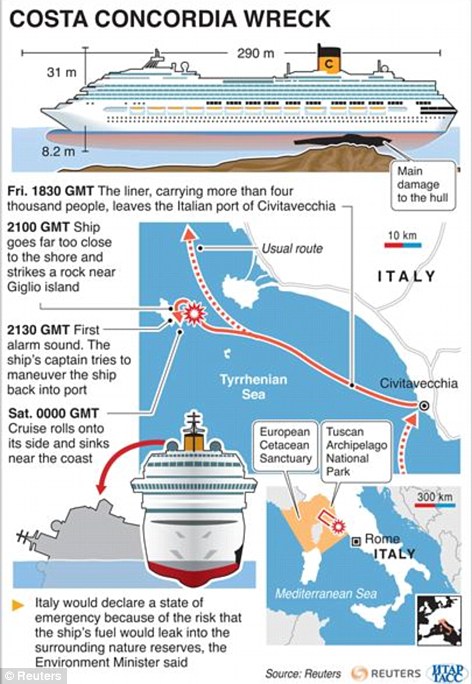 With over 2,300 tons of fuel threatening to leak, there is tremendous fear of an environmental catastrophe. 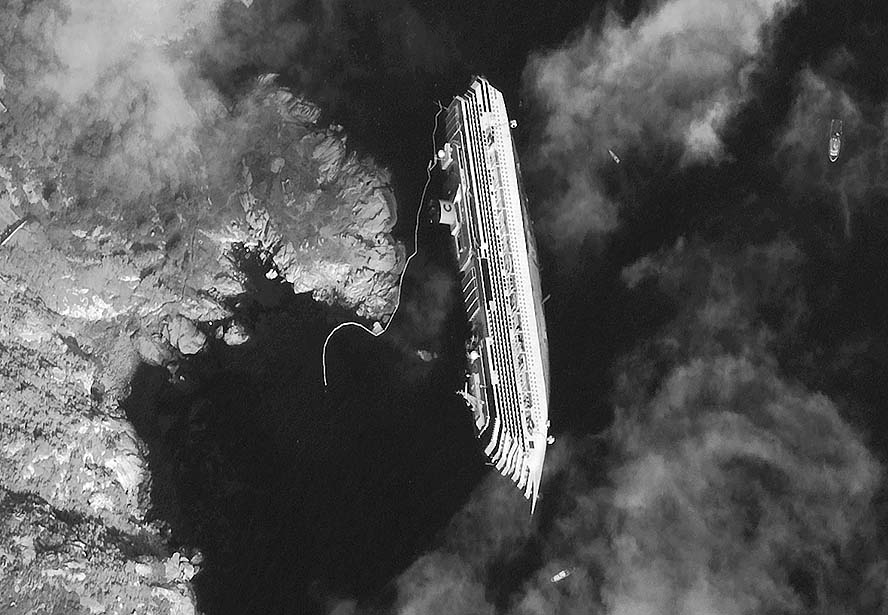 This Jan. 17, 2012 satellite image was provided by DigitalGlobe. It shows the  Costa Concordia lying on its starboard side just off the tiny Tuscan island of Giglio. Satellites are begin used to help monitor the area as authorities prepare to remove fuel from the vessel. With nearly 2,4oo tons of fuel on board, it is critical to take all precautions necessary to avoid a possible environmental disaster. Source: DigitalGlobe

Fish, coral species and shorebirds would be among the first harmed in such a tragedy. Naturally, other flora and fauna would also suffer in time. The mere thought of something of this sort happening immediately triggers visions of birds mired in oil along the Gulf Coast, as a result of the BP Oil Spill, which plagued the region in 2011. I pray that nothing of the kind happens to this area I love so much. To get a better idea of which bird species might be affected, please visit my previous post. 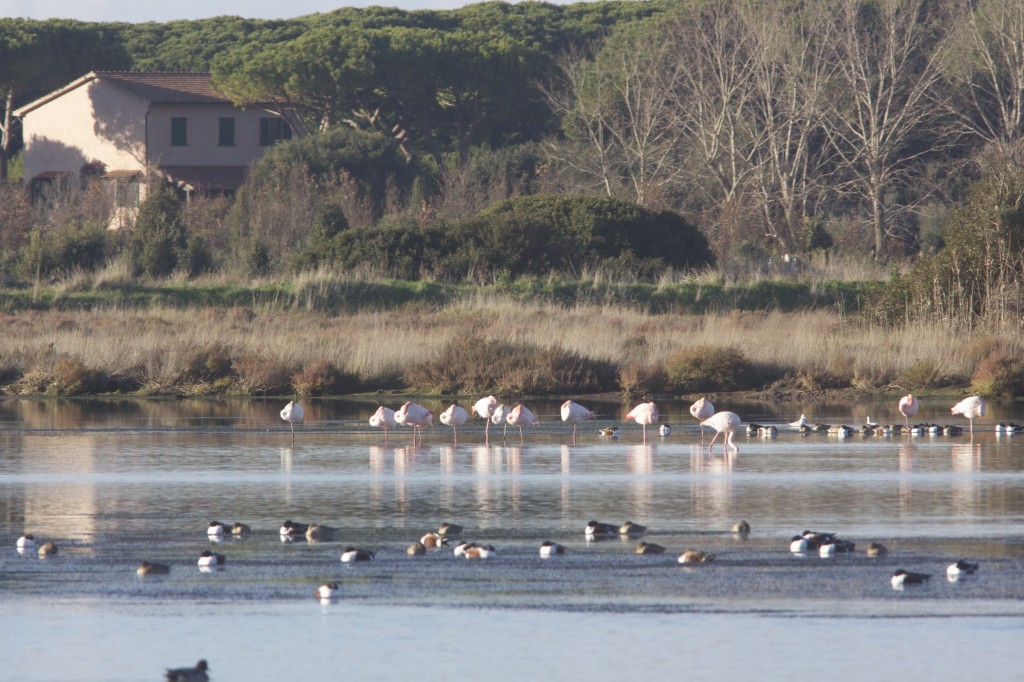 The Orbetello Lagoon is the only place in Europe where one can find a large colony of pink Greater flamingoes. Originally from Africa, these pink spectacles settle in Tuscany because of its mild climate.

Attention is now turning to possible ways to empty the dense petrol from the Costa Concordia fuel tank. It is estimated that the process will require, at least, two to four weeks.  Even worse, bad weather threatens to disrupt this process, making the ship’s unstable positioning even more precarious.  Since the cruise ship is resting on a rocky ledge, any severe weather, or movement, might risk the success of a massive fuel transfer and ship removal. 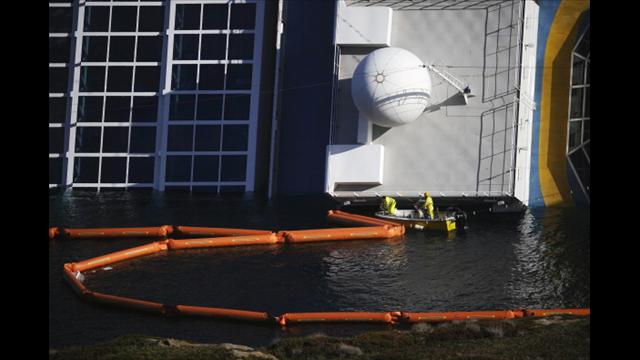 In an effort to minimize damage in the event of a fuel leak, oil spill containment booms have been set up to limit the spread of fuel from the Costa Concordia. (Photo: FILIPPO MONTEFORTE/AFP/Getty Images)

While there are no apparent leaks, at the moment, officials have deployed anti-spill booms as a precautionary measure. 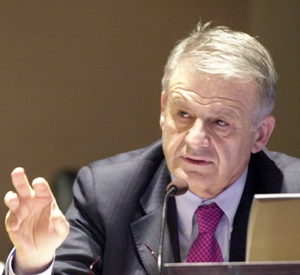 Environment Minister, Corrado Clini, is also insisting that great measures be taken to anchor the ship in order to prevent it from sliding some 50 to 90 meters below the reef upon which it currently rests.  If the ship were to fall deeper into the sea, the impact it would have on the ecosystem of one of Europe’s largest natural marine parks, and Italy’s surrounding nature reserves, is too overwhelming – and heartbreaking – for me to even consider. Suffice it to say that the repercussions could be absolutely devastating.

I have no clue what compelled me to write about Orbetello on that day. It seems odd that, after two years, this is the specific adventure I opted to share. If you haven’t already, please take a look at my past adventures at Orbetello. Not only will you get a better idea of what is at risk, but you’ll likely come to realize what a natural treasure this place truly is. Here’s to hoping that all is resolved intelligently, effectively and CLEANLY, so that each of us may continue to have the opportunity to marvel at the beauty of Orbetello…