Like most avid birders, I never know when my luck might strike.  Once you start birding, it doesn’t take very long to learn that a ‘life bird’ may appear when you least expect it; or worse yet, when your binoculars are not within reach.

I am sure we have all experienced an occasion when the ‘bins’ were mistakenly left at home, or the scope was removed from the car (to make room for the baby shower gift or groceries) and was never replaced.  Naturally, those are the days when it seems like all of the birds have made a secret pact to emerge.  It’s almost as though they dance before me teasingly warbling na, nana na-naaa, na…  As expected, I curse my mistake and vow never to leave home without my gear in tow again.  Of course, weeks later, I, unwittingly, find myself in the very same position.

For a birder, there is just nothing worse than being ‘naked’ in the presence of a ‘lifer’… I take that back.  Once, my camera battery expired in the near presence of a rare hen harrier.  That stung! 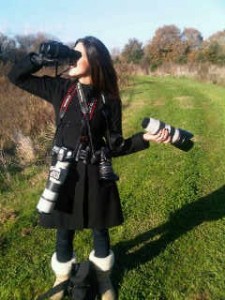 An impromptu birding adventure where I was pleased to find that I had brought my goodies with me! So pleased, in fact, that I took this silly picture… yikes!

Anyway, a few weeks ago, my husband, Jonathan, and I were traveling up to Santa Barbara, CA for the wedding of our dear friends, Eron and Lisette.  Assuming we wouldn’t have much time to bird during a weekend jam-packed with exciting wedding festivities, we contemplated leaving our gear behind. Last minute, haunted with memories of birds missed, we tossed our equipment into an already crammed trunk, and headed north. 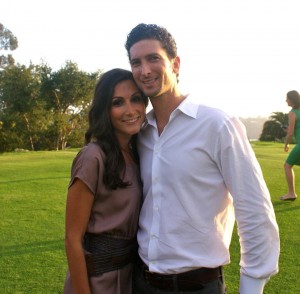 Celebrations ensued. Late nights prevailed. And early mornings were squandered.  The weekend flew by.  As predicted, there was no time for birding.  On Sunday, we enjoyed a late brunch, said our goodbyes, packed up and left.

From the freeway, I spotted a massive salt marsh. “Stop, J!  Please get off at the next exit!”  I shouted quite enthusiastically. Now, this sort of outburst would alarm most husbands. Not mine. He knows better. He veered right and made a bee-line for the wetlands.

We pulled into a vacant lot and immediately noticed a gate with a massive lock on it and an even more disappointing NO TRESPASSING sign.  Hmmmm…. Having been in this position many a time, we looked at one another in search of an answer. Within seconds, we heard footsteps coming our way.  With scope in hand, a man – clearly a birder – was coming our way from inside the restricted area, to which we so badly wanted access.  He exited the gate and proceeded to fasten the padlock.  As it turns out, the University of California, Santa Barbara (UCSB) owns and controls this area as part of the University of California Natural Reserve System.

The bad news is that, in order to gain formal access to this section, it is necessary to apply for permission through UCSB. However, the good news is that access to the eastern portions of the estuary is available nearby, and is open to the public. Entry to the Carpinteria Salt Marsh Nature Park is located within the City of Carpinteria, on Ash Avenue, by the Beach.

A critically important Southern California Estuary, the Carpinteria Salt Marsh Reserve and Nature Park support many sensitive plant and animal species.  The Marsh is adjacent to a sandy beach, subtidal rocky reef, and kelp beds. In addition to providing a habitat for migratory waterfowl, the area is home to several species of plants and animals listed as endangered, threatened or of special concern, such as the salt marsh bird’s-beak, light-footed clapper rail, and Belding’s Savannah Sparrow. 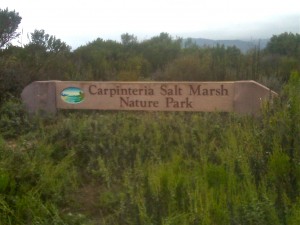 Naturally, we darted over, threw on some sweaters, grabbed our gear and began to bird. Below, are some photos from our impromptu birding adventures at the Carpinteria Salt Marsh Nature Park: 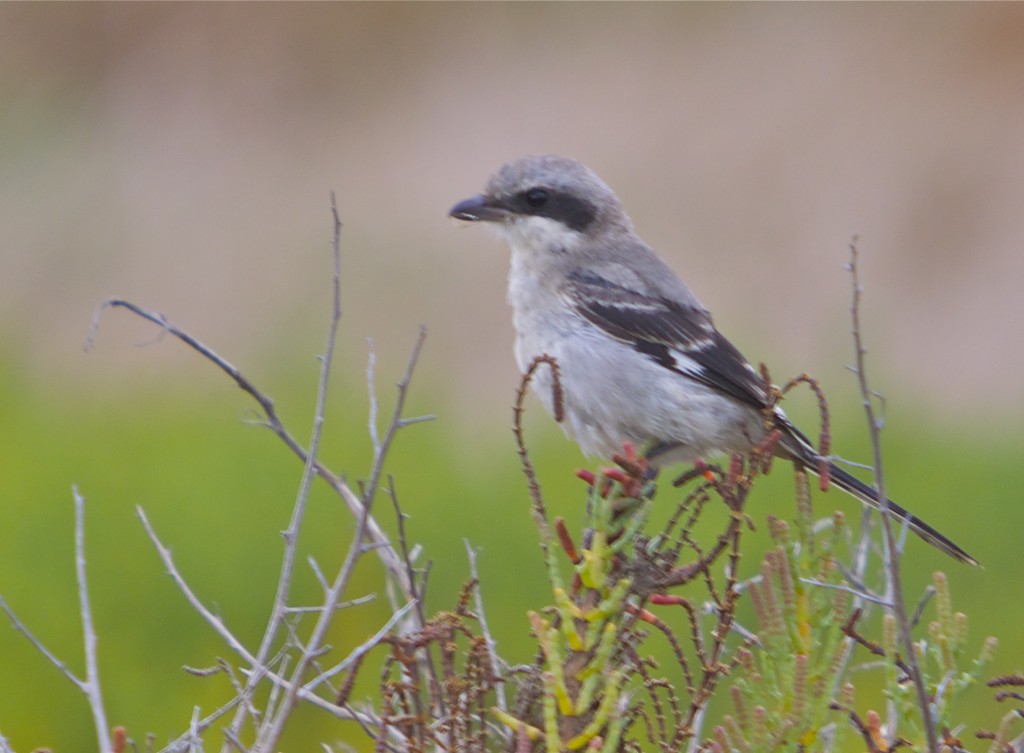 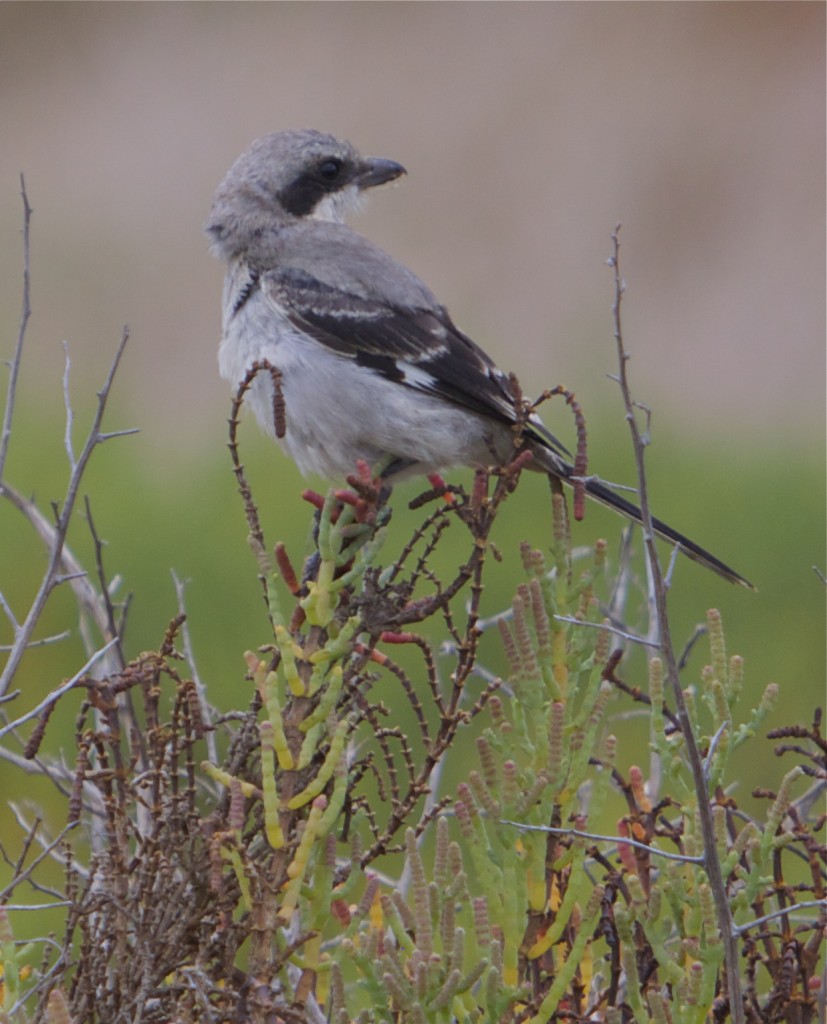 SO excited to see this “lifer!” 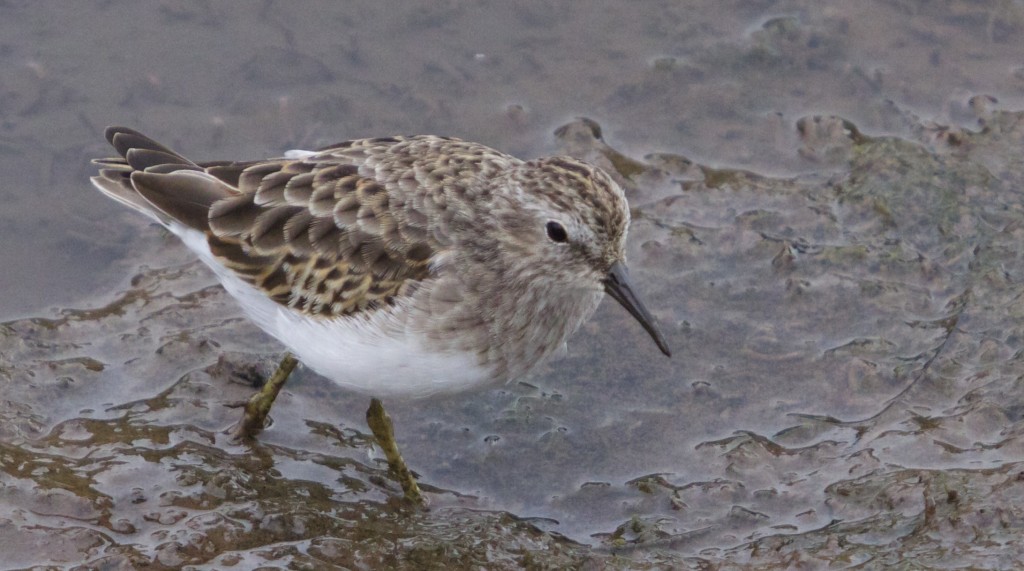 There were a ton of Least Sandpipers around! 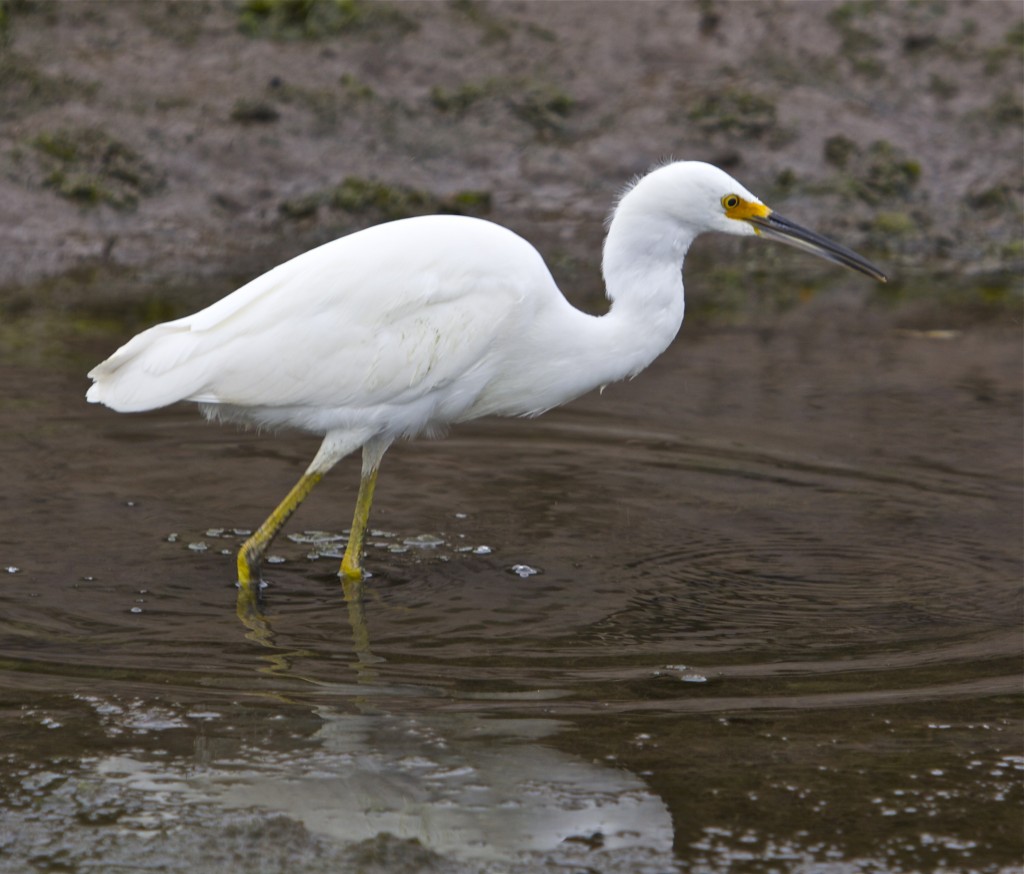 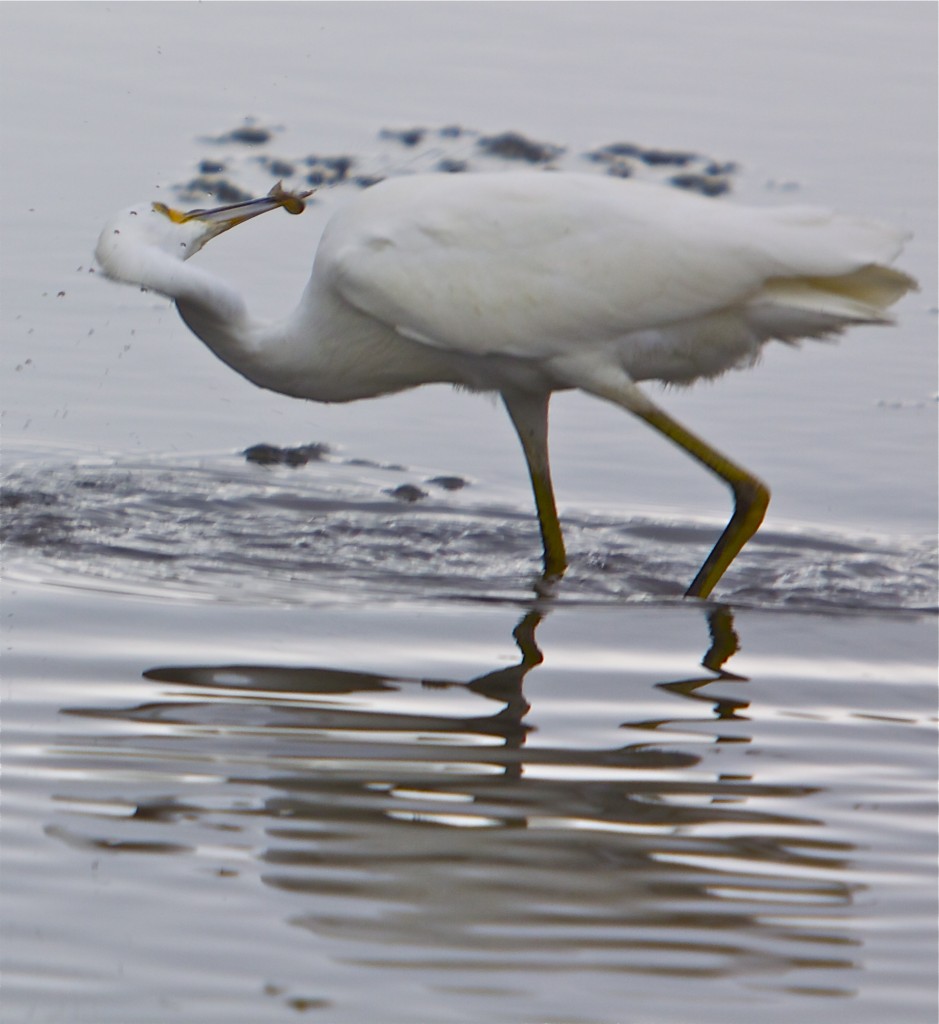 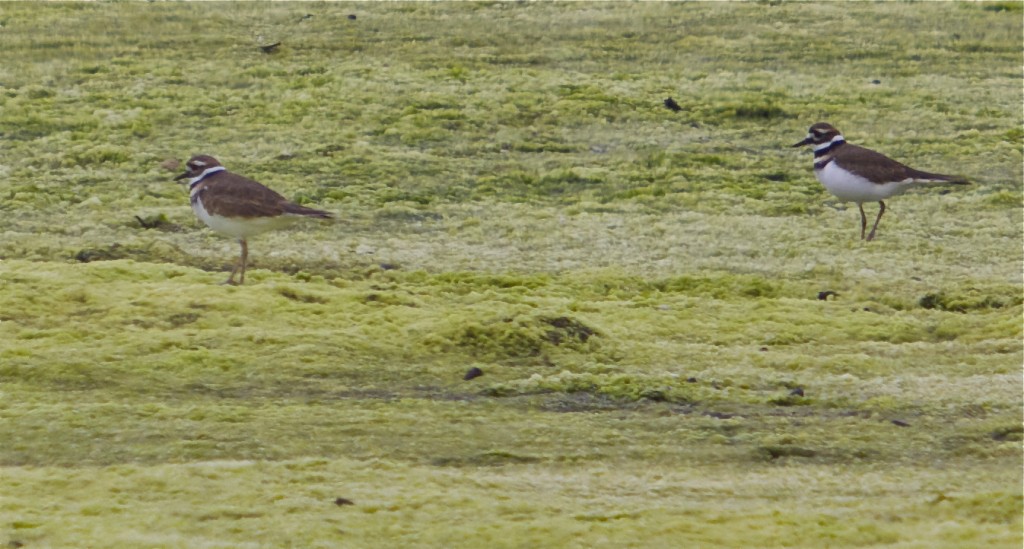 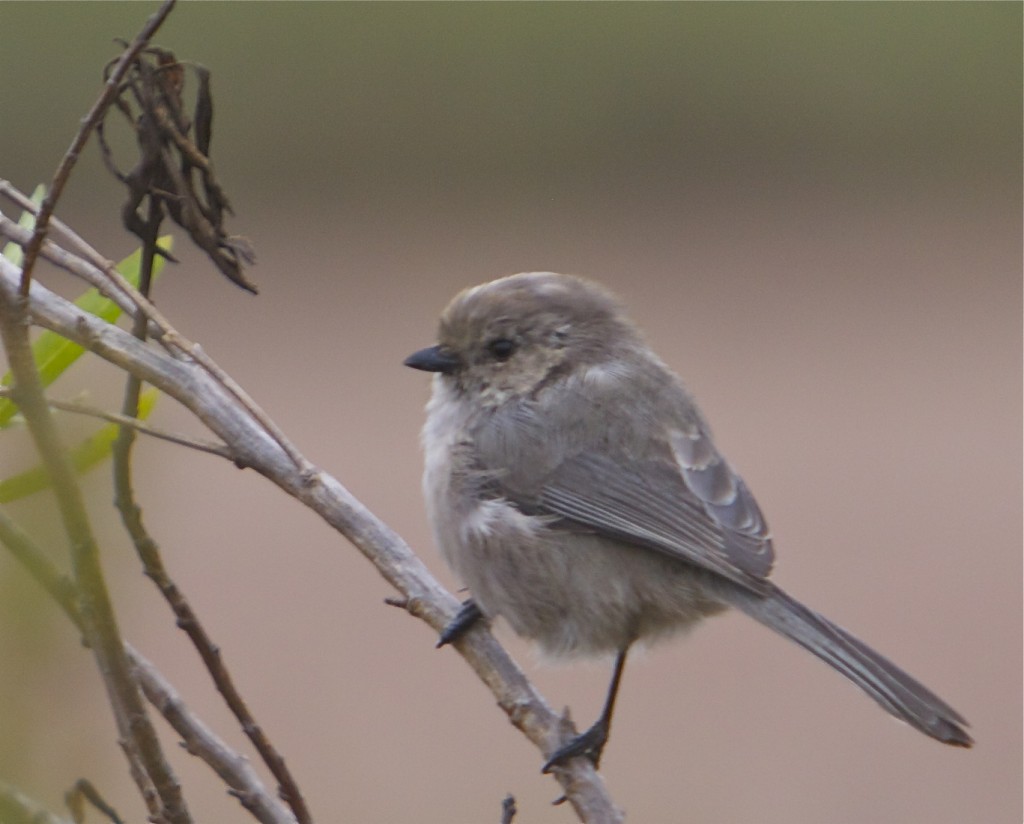 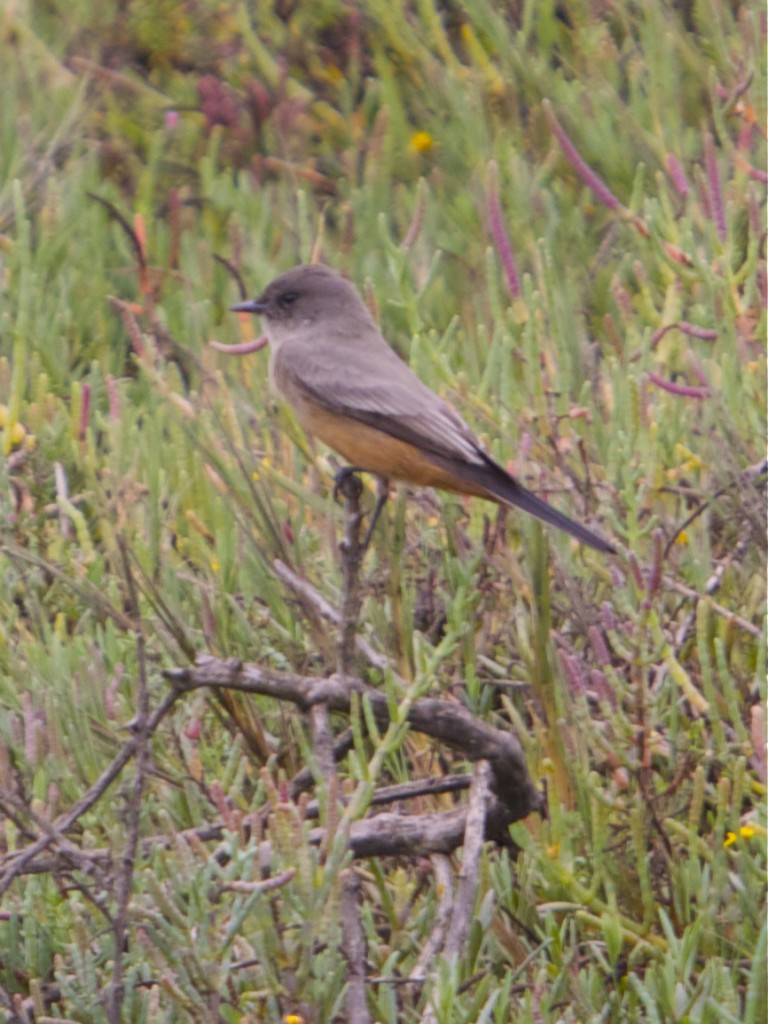 Jonathan and I settled back in the car, turned on the heater, and cheerfully hit the road. We made it a whopping 5 miles south on the highway, when I spotted something. “Stop! Off, off! Hurry!” I yelled – again.  Without hesitation, J swerved right and exited.  I pointed out a hawk (of an, as of yet, unidentifiable sort) perched on a telephone line half a mile back.  With camera in hand, I sat rather impatiently as he drove me to a beautiful red-shouldered Hawk. Not an especially rare bird, I know, but there was something about this one.  We took some photos, sure; but mostly, we were just ‘enraptured’ (if this word made you chuckle, then we are on the same page – wink!).  We watched and admired for at least 20 minutes before twilight settled in and reminded us that we needed to be on our way. 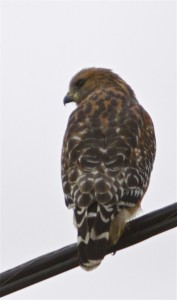 As we were putting everything away, Jonathan looked at me and asked, “Aren’t you glad we brought our equipment, after all?” I looked up at the hawk and just smiled… 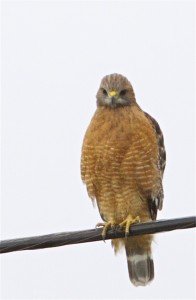 What a stunning bird!

Satisfied, we hopped into our car (for the third time!) and embarked on the rest of our drive along the gorgeous California coastline, grinning from ear to ear…