Beak of the Week: Northern Shovelers 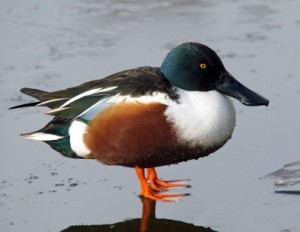 A birding trip is always made worthwhile when spotting a Northern Shoveler! In addition to its unique bill, which is unmistakably named for its spoon-like shape, the males possess a very richly hued, hard-to-miss, elegant plumage. Additionally, the very large range of this bird makes it both fairly accessible and easily identifiable!

Range:  Summers across most areas of North America and northern regions of Asia and Europe. Winters in parts of southern Europe, Africa, the Indian subcontinent, Asia and South America. 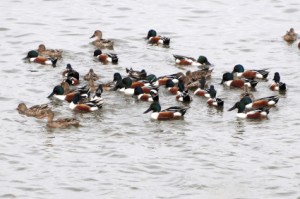 A group of ducks is known as a team, a flush, a brace, a paddling, or a raft of ducks!