Beak of the Week: Crimson Sunbird

If you love hummingbirds, let me introduce you to sunbirds—particularly the Crimson Sunbird! Sunbirds are similar to hummingbirds in both diet and size. Eating mainly nectar, these birds only measure up to four inches long! 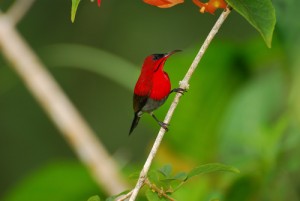 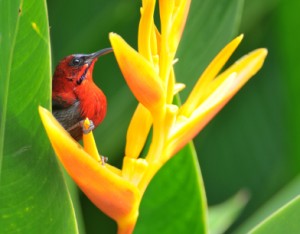 A splash of color!

Interesting fact: The Crimson Sunbird is the national bird of the Republic of Singapore.