Beak of the Week: Ruff

I have been fortunate to spot this beautiful wading bird in Europe several times. This gregarious sandpiper is a migratory bird that can be found throughout Europe, Africa, southern Asia and Australia.

With a fairly distinctive appearance, the Ruff has a relatively small head, medium-length bill, longish neck and prominent body. Its long legs are usually yellow or orange. Generally, the male is much larger than the female and develops elaborate breeding plumage. 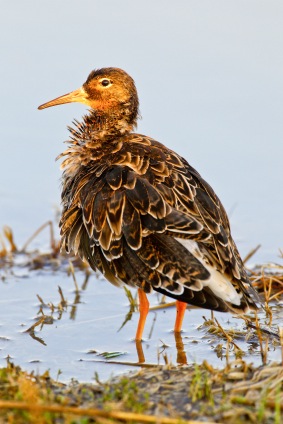 Range: The Ruff is a migratory species.  It breeds in the wetlands of colder regions of northern Eurasia, and mainly spends the northern winter in Africa.

Diet: Ruffs feed on terrestrial and aquatic insects such as beetles and flies.  Additionally, they will gladly feast on grasshoppers, crustaceans, spiders, mollusks, worms, frogs, and small fish, as well as the seeds of rice and other cereals, grasses and plants. 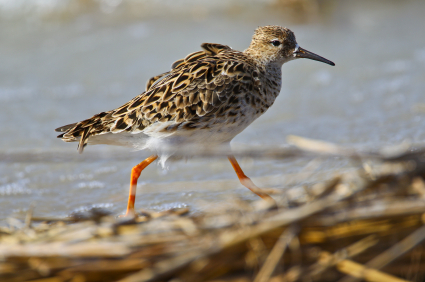 Ruff on the run! 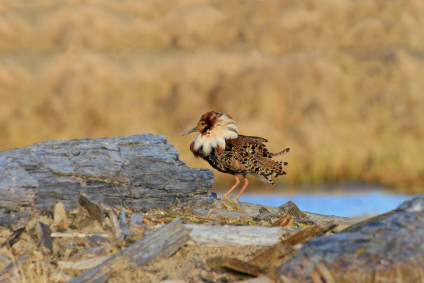 The name Ruff is derived from the exaggerated collar fashionable during the sixteenth and seventeenth centuries.  As you can see, this decorative neckwear resembles the male bird’s ornamental neck feather. 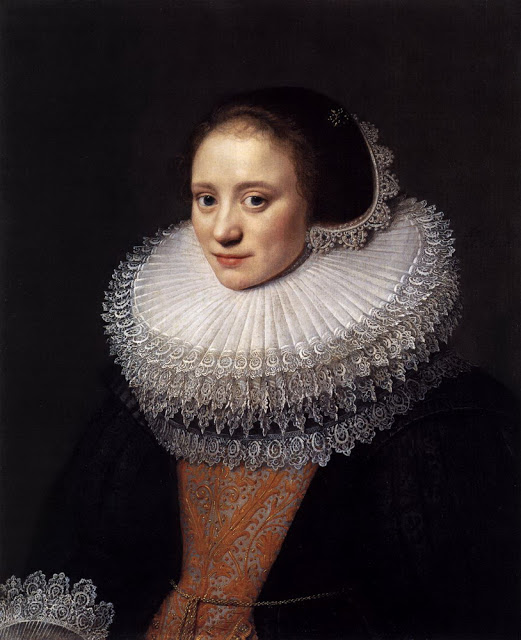 “Portrait of a Woman” (1628) by Michiel Jansz van Miereveldt