Yosemite National Park was founded on October 1st, 1890—today it celebrates its 122nd year! This area is not only special to Danielle and me because of its natural beauty and the wonderful summers we spent here at camp, but also because it is a great birding hotspot! The Oak Titmouse, a bird commonly found in the national park, is this week’s Beak of the Week! Though plain in appearance, this grey bird can carry quite a tune! 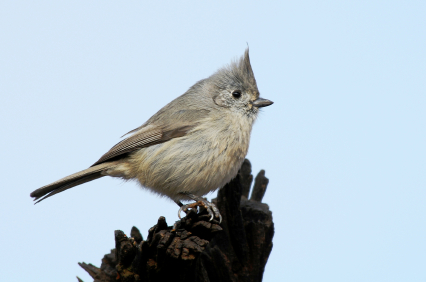 Interesting fact: The Oak Titmouse and the Juniper Titmouse were once considered one species: the Plain Titmouse. However, in 1996, these two birds were officially considered two distinct species by ornithologists because of differing calls, songs, genetics, plumage and range.

Click to listen to the song of the Oak Titmouse and the Juniper Titmouse.

This entry was posted in Uncategorized and tagged #beakoftheweek, #bird, #botw, #PacificBird, Birding. Bookmark the permalink.